Jacob Rees Mogg’s name is one likely to stimulate the watchfulness of the moderators of this site but the reason it appears in the august pages of FM is through his support of the continued existence of another ‘B-word’…… “Blagdon”.

Blagdon Lake is a historic trout fishery, on the edge of Somerset’s Mendip Hills, that recently faced a threat of closure by its owners, Bristol Water.* JRM, working in tandem with the Angling Trust, secured a postponement of any such disastrous action, which would cost local businesses dearly.

Hearing of this, I recently made a pilgrimage to its hallowed waters, armed with my 6 wt fly rod, a packet of new “Diawl Bach” and my improved fly-casting technique, honed over the winter months on my local recreation ground. (“I’m no expert, Mate, but I reckon you’ll catch **** all round here…”).

Arriving in bright sunshine, soon after the premises opened, I was content to potter through my preparations whilst other anglers hurried out to their marks.* My moniker on this site is embarrassingly appropriate so I was happy to bumble through my tackle assembly in their absence.* Besides, I intended to practise my sea cadet skills on my hired boat in solitude on the way up the water and the helpful young man selling permits had told me that the fresh breeze would be dropping in due course.

The boat (which would accommodate two anglers in comfort) and a ticket for up to eight “good sized” browns or rainbows taken, came to £45.* “Catch and release” is permitted.

It didn’t take me long to master the vessel and I even found the confidence to cut the engine and try a couple of drifts ‘loch-style’ fishing, with no resultant catches but no discernible damage to my tackle or craft, either.

By now I felt emboldened to try anchoring in the southern corner of the lake in an area known as “Bell’s Bush”.* Waterside trees dipped their branches in the margins and buzzards wheeled overhead as I cast my small team (diawl bach dropper over a weighted Montana nymph on the point) haphazardly around the bay.* Perhaps half an hour passed this way.* Who knows?* Who cares?* Then, all of a sudden, I was attached to about two-and-a-half pounds of moody rainbow, careering all over Somerset in an attempt to shift, it later transpired, my dropper nymph.* It leapt, several times, very slightly ahead of my pulse rate, before surrendering at the net.*

I dispatched my quarry and celebrated, modestly, with a Whisper.* Time for a short move towards the centre of the water, where a couple of fishermen had been ‘bagging up’, despite suffering from verbal diarrhoea. Black-headed gulls were busy here, feasting on emerging buzzers.* I fancied I saw a couple of fish porpoising in the gentle chop and replaced the Montana at point with some sort of gilled-buzzer type of creation.* This would, I suspected, sit higher in the water than the weighted nymph it had replaced.

My next two rainbows ran me ragged, diving under the boat and doing all they could to wrap my line around the anchor rope.* Yet neither of them were large – perhaps 2.5 lbs each – and both had enough strength in the net for me to release them, apparently unharmed, and for them to swim away strongly.

The afternoon was still in its infancy when I realised I was alone on the water.* I faced a long journey home but had a couple of ‘last casts’ before weighing anchor.* One of these was taken by a strong fish that stayed deep in a dogged, sullen combat.* It was a beautiful brownie of exactly 3lbs, which I kept.

Any angler that lives in the South, fishes reservoirs irregularly and is, perhaps, daunted by the wide open acres of Chew or Rutland, should consider a visit to Blagdon.* It is compact enough to make fish-finding feasible and a beautiful venue worthy of support.* However, I would make one earnest plea to those that seek its* continued survival:* please put up some signposts to the fishery, at least from the village that bears its name, so that newbies like me can find it and lend their support.* And a word to Bristol Water, too: good PR is like quilted toilet paper – it may seem like a luxury until you really need it.* Maintaining an iconic fishery at a small financial loss may prove cheap, in the long run, if the alternative raises unfavourable comparisons for your CSR policy with the views of a right wing politician.
* 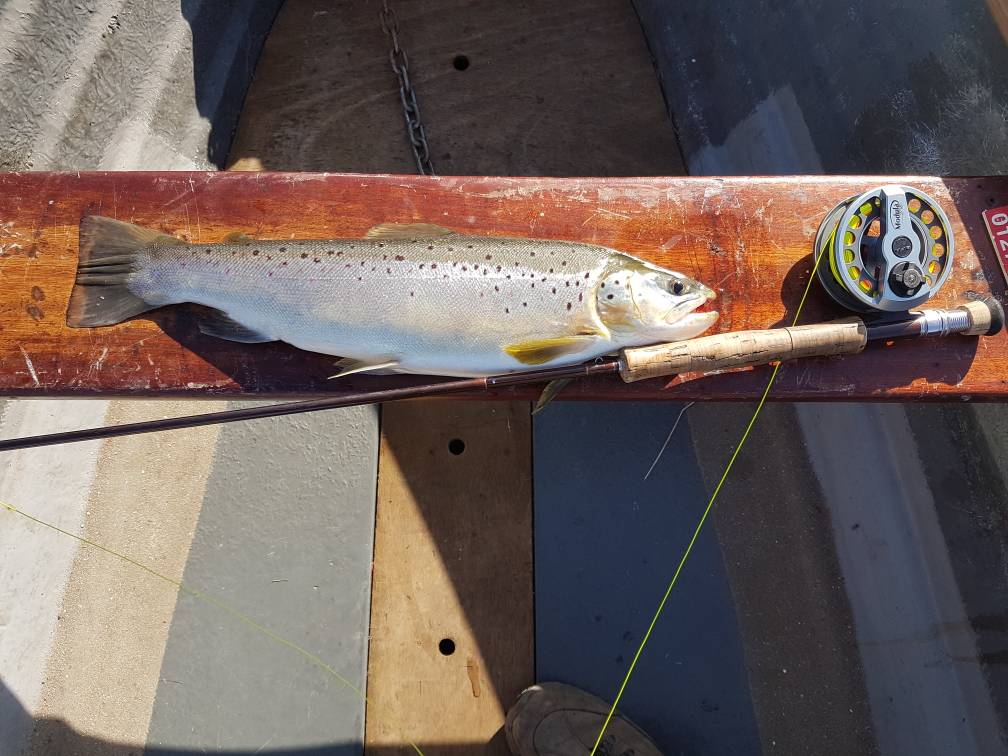 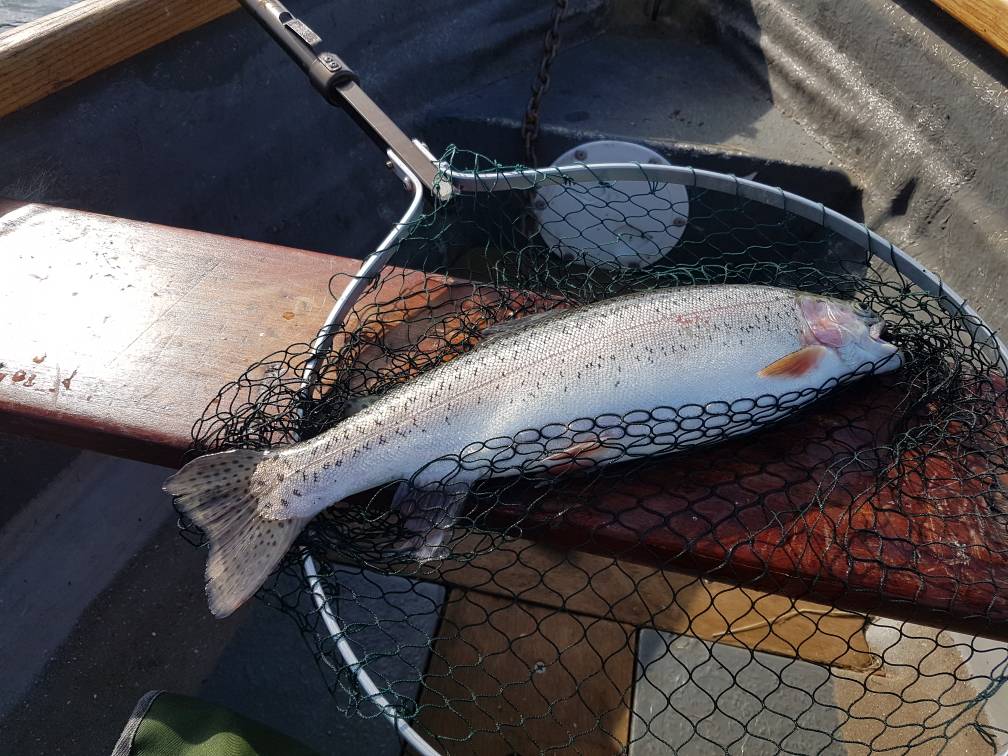 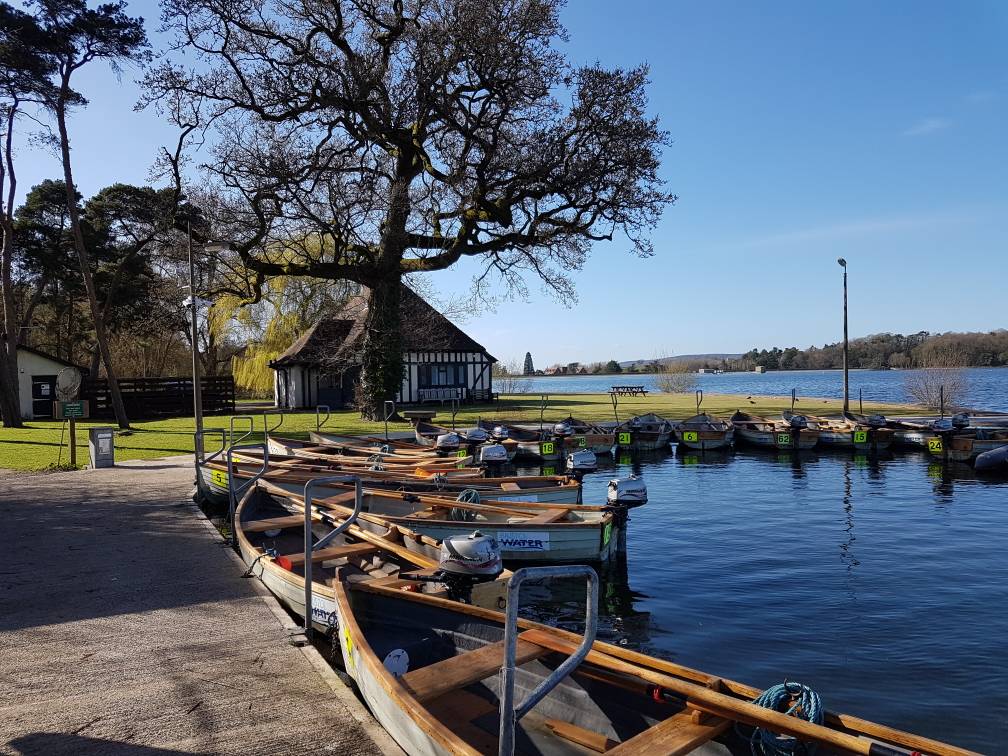