Plastic pollution is not limited to the world’s oceans: it is present in freshwater ecosystems too, where it is far more pervasive than originally thought. 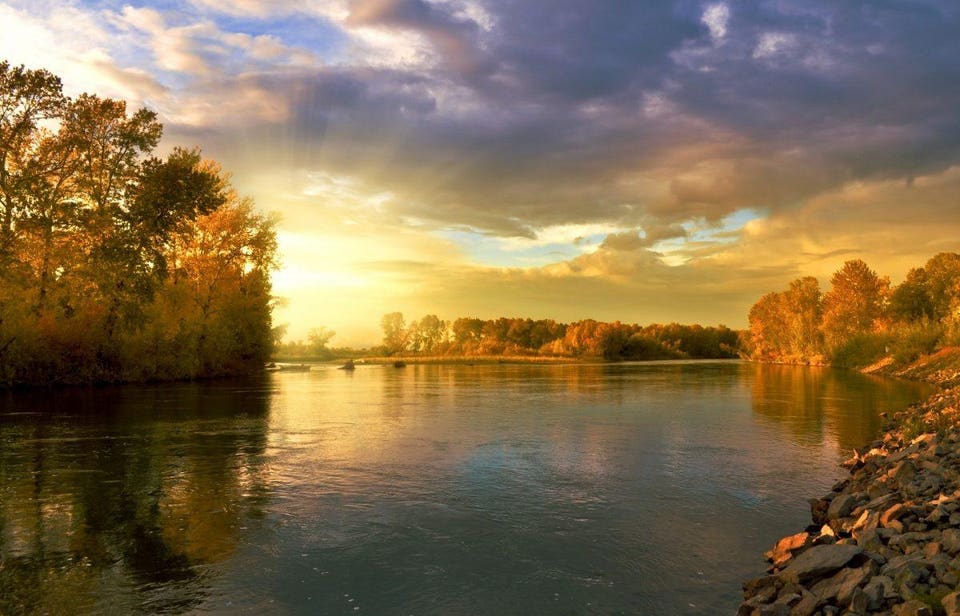 Half of all freshwater insect species living in rivers were found to have ingested microplastics, according to a new study of the rivers in South Wales.
(CC0 / Public domain.)public domain

A newly published study by a team of scientists at Cardiff University and University of Exeter reveals that micro-plastics can be found in at least half of all aquatic insects living in the rivers of South Wales (ref), indicating that freshwater is seriously compromised by plastic pollution. At all sites sampled, pieces of any type of plastic debris under five millimetres in length (“micro-plastics”) were found to have been ingested by half of the insects that the team surveyed. At all study sites, micro-plastics were found in insects of all species, regardless of whether they lived in the water column or on the riverbed.

Micro-plastics come from a variety of sources, including, but not limited to toothpastes, cosmetics, clothing and industrial waste. 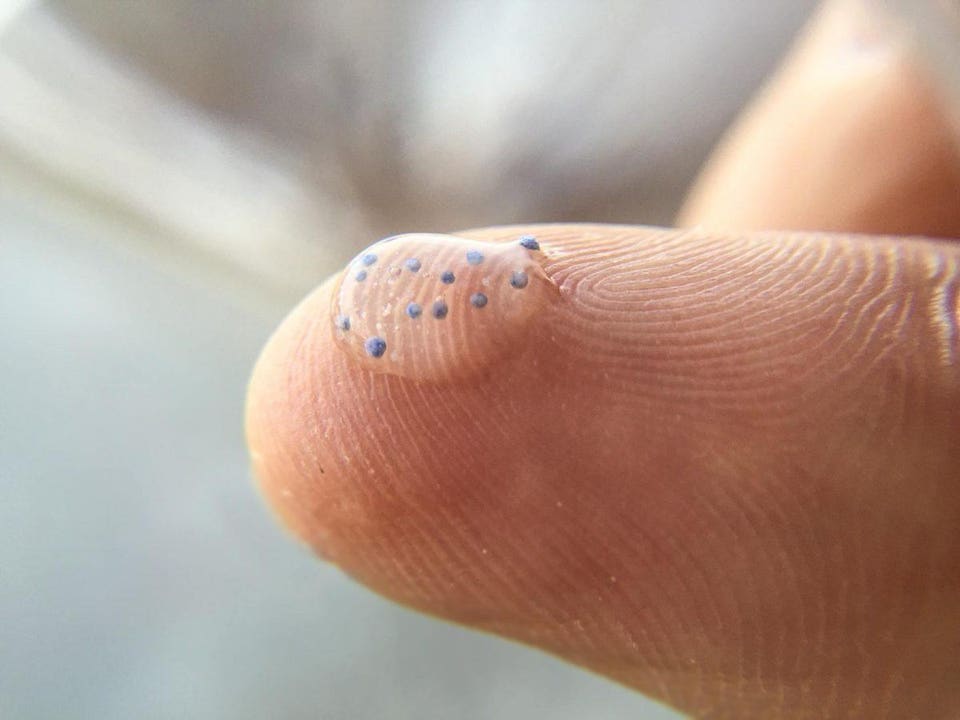 “Every year, between eight and twelve million tonnes of plastics are thought to be entering the world’s oceans, but around four million tonnes of it passes along rivers,” said lead author, Fred Windsor, a doctoral student at Cardiff University, in a press release. “In some cases, there can be over half a million plastic fragments per square metre of river bed, so that ingestion by insects is very likely.”

This study is the first to investigate the presence of micro-plastics in river insects. To do this work, the researchers focused on three species of mayfly and caddis larvae, which have different feeding methods, and they found that all species had ingested micro-plastics.

“In our study, we sampled insects upstream and downstream from sewage treatment works on the River Taff, River Usk and the River Wye, and found plastics were surprisingly widespread,” Mr. Windsor said. 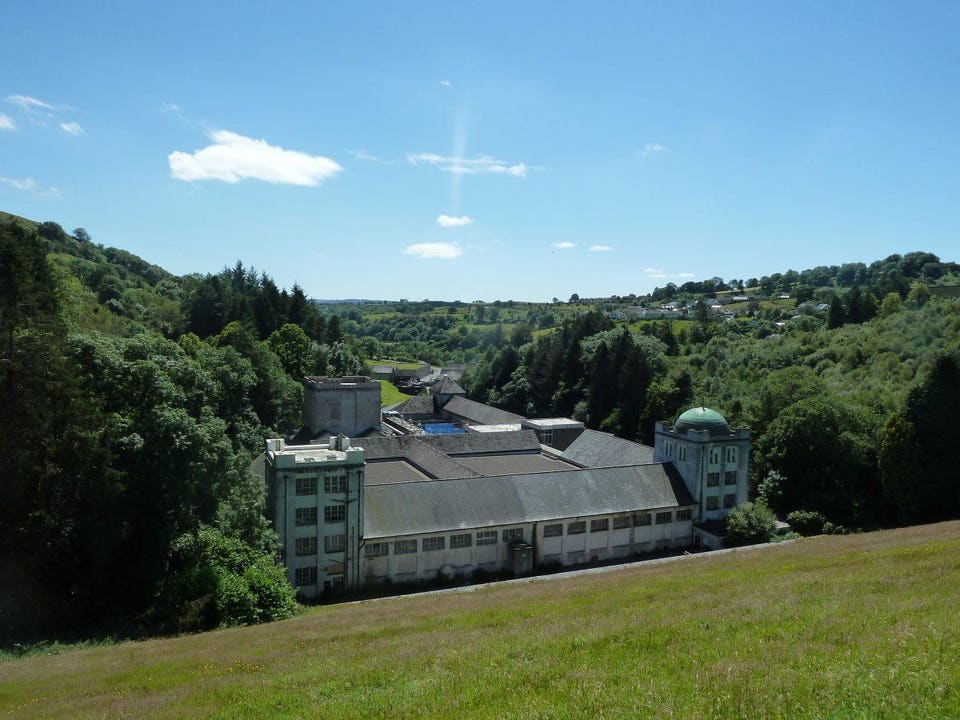 Although the researchers found that micro-plastics occurred in higher concentrations where wastewater contributed more to river flow, they found them everywhere that they looked. The authors proposed that litter, such as discarded plastic bags, bottles and cutlery, as well as surface water runoff containing abraded road paint and bits of automobile tires, are probably contributing to micro-plastic pollution all along the length of freshwater rivers.

“Urban rivers in the UK have been recovering from decades of gross pollution, but growing information illustrates that plastics are a new risk for river organisms not just in towns and cities, but even in some rural areas,” said co-author, ecologist Steve Ormerod, Co-Director of Cardiff University’s Water Research Institute, in a press release.

After micro-plastics are incorporated into food webs, they may cause as-yet unknown effects as they work their way up a food chain, becoming more concentrated on the way. For example, micro-plastics are found in the guts of predatory fishes throughout UK river systems. Should we worry about this? Possibly. It has been shown that micro-plastics pick up bacteria and toxic chemicals, which then may be passed on to animals that consume them.

“Problems could arise from the physical effects of micro-plastics, from their direct toxicity or from pollutants that they transport,” Professor Ormerod said. “Plastics in insects mean that animals using them as prey could also be affected.”

Nevertheless, our current understanding of the ecological and biological risks posed by micro-plastics is severely limited.

“At present, however, our understanding of the risks to wildlife and people is absolutely rudimentary. We need to improve this situation urgently to know how best to manage the problems,” Professor Ormerod said.

Considering that a recent study found that even a single piece of normal-sized plastic ingested by a sea turtle increases its chance of death by 20%, and that 14 pieces of plastic consumed by a turtle makes it 52% more likely to die (ref), this is indeed worrying. Further, that study found that more than 70% of sea turtles have plastic in their guts, which raises concerns about the long-term survival of some turtle species. Additionally, a 2017 United Nations study found that ingested plastic kills around 1 million marine birds and 100,000 marine animals each year (more here; PDF).

“Although people are more and more aware of the damage caused to ocean wildlife from ingesting plastics, the potential problem of plastics in river ecosystems has been seriously overlooked,” pointed out Isabelle Durance, Director of the Water Research Institute at Cardiff University, in a press release.

“The water industry, environmental regulators, the plastics and packaging industries, and ordinary people concerned about the environment see this as an increasing priority,” Professor Durance said. “[T]his study provides yet more evidence that we need a fuller assessment of the sources, movements and effects of micro-plastics as they are transported between the land and sea along rivers.”